Beware of Your Telco Provider – Fraudulent Activity in Auckland

Recently, Blair Ensor and Tony Wall of the Sunday Star Times produced an article in fraudulent activity within the telco-industry in Australia. In their revealing piece, they note that “Takeaway shops, homeware suppliers, taxi operators, recruitment firms. Small businesses with little in common except one thing – they fell for the charms of smooth-talking telco salesmen and have come to regret it.” Its now become apparent that many customers, of whom thought they were being sold a “bundled telco deal, we’re in fact entering into an a agreement with a finance company.

According to Australia’s Competition and Consumer Commission, 28 similar cases have been reported, and now we’re starting to see similar cases occur in Auckland. Just recently,Intagr8 has been reported for its sales tactic used to sign up customers on Auckland’s North Shore. According to Ensor & Wall “The investigation found a number of Intagr8 customers who claimed they were unaware of the true cost of the equipment and were confused about signing two contracts – one with Intagr8 and another with a finance company. Some also claimed they were given the impression the equipment was free.

Dozens of customers whom had no idea that they were locked into five-year deals with financiers. Some are now being threatened with legal action by the financiers for non-payment of bills. Firms also complained that salespeople were pushy, equipment was slow in arriving, faults weren’t fixed promptly and phone bills were sometimes greater than expected. Intagr8 strongly denied the allegations and claimed competitors were spreading disinformation. In a statement through its lawyer, Warren Butterworth, the company said the vast majority of its customers were happy and more than 70 per cent renewed their contracts. Customers were fully aware of the finance component of the deal, he said, because they signed finance company documents and the specific financier was also highlighted in additional material.”

“Intagr8’s sales staff are …forbidden from making false representations,” the statement said, noting that the telco had an “exhaustive quality assurance process”. Butterworth acknowledged a number of complaints to both the company and the Commerce Commission, but blamed the problems on an “orchestrated” campaign.

“One of those sales people in particular has left the company (along with general staff occupying senior positions) and set up a business in opposition. It has been discovered since that time Intagr8’s strict selling protocol has not been complied with.”

Intagr8 was taking court action against the former salesman and his new company, claiming damages.”Intagr8’s problems with any sales staff when discovered is dealt with promptly. The number of complaints are a very small percentage of total sales. At times Intagr8, as in any supplier of services and products, has to make amends to its customers but this is rarely necessary. The Commerce Commission confirmed it had launched an investigation into Intagr8 under the Fair Trading Act in 2012 following customer complaints. On that occasion the commission issued a letter of compliance advice, saying it had concerns Intagr8 salespeople “may not be clearly and sufficiently disclosing the full cost of the bundled product that they are offering”. A commission spokesman said more complaints about the company surfaced last year and a new investigation had begun. Intagr8 was co-operating. An industry source with close knowledge of the business model said the modus operandi was to saturate an area and sign up as many customers as possible. “They get the finance up front, finance everything in a little magic deal, grab the cash and move on to the next one,” the source said. Customers carried all the risk – if the telco went out of business, they’d be left with no phone lines, over-valued equipment, and finance company contracts they couldn’t get out of. Intagr8’s website says it uses equity in a customer’s call spend to off-set the cost of new phone and office equipment. There is no mention of finance companies, although it does refer to equipment rental. 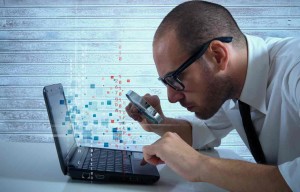 Intagr8 denied its hardware was overpriced, saying the products and services it provided were in line with other equipment businesses.

Jay Marshall, of homeware importer EW Sinton, described his dealings with Intagr8 as the worst business experience he’d ever had. He thought the structure of the deals was confusing.

“They make out it’s your hardware, but they’re getting paid up front for all your projected calling over five years.”

UDC Finance, owned by ANZ, declined to comment when asked about Intagr8’s business model, the price of its equipment and whether they were aware of customer complaints. .

Joe Duncan, chief executive of finance company Advaro, said they took steps to ensure Intagr8 disclosed sufficient information to its customers and recorded phone calls to ensure people understood what they were getting into.

He said Advaro knew of complaints but thought they’d been resolved. “We are seeking clarification on this.”

Grant Maud of Telecom Rentals (now TRL) said they were concerned by the allegations.

She believed she was fired without explanation because she “told them what they didn’t want to hear” about their sales techniques.

“If they can keep convincing people to buy the stuff, they’ll just keep making money”, she said.

Paula Pickles quit her account manager’s job at Intagr8 in November after becoming concerned about the way it was operating.

She said salespeople didn’t say goods were free but, on the other hand, there was no mention of a finance company.

“People didn’t really understand they were signing into a finance agreement – that was my impression.”

Another former employee, a technician, said he quit after about two years because he was sick of dealing with angry customers.

The man, who asked not to be named, said he would often turn up to install phone systems and clients would be furious because they had not received equipment they were already paying for.

Intagr8 said in a statement if customers had issues they should get in touch. “We offer them our assurance that we will make every attempt to remedy any issue they may have.”

Accroding to Ensor & Wall (2015) “A free computer wasn’t enough to entice Crown Cabs owner Khalil Tajek to leave Telecom, but when Intagr8 offered to throw in a “free” printer as well, that sealed it. A year later, Tajek was complaining to the Commerce Commission. He said his agreement was for a monthly bill of $250 plus GST over four years, with that amount given back to him as “credits” to offset the equipment. Shortly after receiving the hardware Tajek got a call from a man at UDC. He said that was the first he knew the gear was on finance.

“The [salesman] did not tell me about this. He just told me to sign some documents, but I did not read them and he did not leave a copy.” In the following months, Tajek said, his monthly bills climbed to about $500 as his “credits” only partly offset the finance repayments. Intagr8 said there was no fixed amount for telephone charges – it depended upon usage. Busier periods would result in additional charges. The directors of EW Sinton, a homeware importer, say they effectively lost $50,000 after a “nightmare” experience with Intagr8.They knew a finance company was involved, but say Intagr8 simply failed to deliver what it promised, the equipment not working properly even when they paid more money to get it sorted.Eventually, desperate to escape the problem, they went back to their old phone provider but continued to make their monthly payments on the Intagr8 equipment.”

“We were spending so much time on it, we just said ‘stuff it’ and went to another phone company,” said managing director Phil Sinton. “We let the [Intagr8] contract run its course, it cost us about $50,000, basically for nothing.”

Haider Shakib, who owns My Auto Tech in Manurewa, remembers the smooth-talking Intagr8 salesmen who arrived in a nice car.

Shakib claimed he was promised “free” phone calls if he bought equipment. He claimed he was told there was no finance component to the five-year deal.

However, monthly letters from a finance company asking for $230 began arriving. He also had to pay Intagr8 an increasingly large amount of money.

“All of a sudden their bills started climbing up to…$700 a month,” he said.

A fax machine he was promised as part of the deal took eight months to arrive, he said.

Shakib said he eventually became so fed up that he severed ties with Intagr8 but remained locked into a finance agreement until next year.

He wished he had spent more time reading the contracts. “They came at a busy time.”

He had been door-to-door to all the car dealers near his business warning them about Intagr8.

Stephen Govinda, who owns the Pacific Foodtown takeaway shop in Glendene, said a friend recommended Intagr8 and he was visited by two salesmen about eight months ago.

He had two security cameras installed, along with a single phone line (he says he was promised two) and two handsets.

He got a shock when he discovered the $300 was going to a finance company (“I had no idea about them”) and was even more surprised when he started getting emails from Intagr8 billing him up to $265 extra a month.

Govinda has cancelled the deal and signed with Vodafone, but is continuing to receive pay demands from the finance company, which is threatening to take him to court and give him a bad credit rating.

“I’m prepared to fight them. We are a very small business, I’m very upset, I don’t want to go on the blacklist if I borrow money.”

A subcontractor who did about 150 installations for Intagr8 in the Wellington region said its philosophy seemed to be to install equipment as quickly as possible so customer couldn’t back out.

The contractor, who asked not to be named, said on occasion he would turn up to businesses and the customer hadn’t even signed the contract, or equipment the person had signed for wasn’t there.

* The finance company releases the cash to telco to buy the equipment, which is provided to the customer.

* Customers pay monthly phone bills to telco, which are said to offset most of the rental for the equipment through “call credits”. Customers also make regular payments to the finance company.

* The customer is actually locked into a contract with the finance company – typically for a five-year period.

* If the customer terminates the contract with the telco, it still has to pay the finance company for the equipment.

For the Full Article from Blair Ensor and Tony Wall go to http://www.stuff.co.nz/business/industries/71470821/complaints-flood-in-over-telcos-sales-tactics